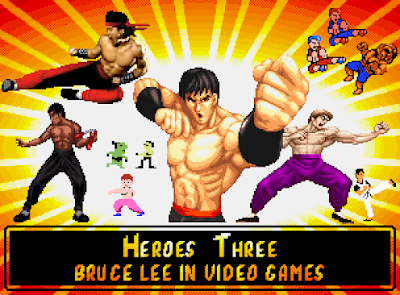 Download the episode here!
Welcome to Heroes Three! This week we take a look at Bruce Lee's influence on interactive media. Bruce Lee in video Games!
Find us online - https://linktr.ee/Heroes3Podcast
Check out some H3 art and merch! - https://www.teepublic.com/user/kf_carlito
Bruce Lee in Video Games, the Blogpost!
Part 1 - The 80's
Since video games are such a visual medium we wanted to put together a visual companion to go along with this episode. Bruce Lee in video games goes pretty far back and even today we are seeing not only characters influenced by him but also official collaborations like in the 6 million+ player base battle royale game Naraka: Bladepoint.
Let's take you through an overview of Bruce Lee in interactive media, starting in the early 1980's.
1984 - Bruce Lee - Datasoft - Amstrad CPC, Apple II, Atari 8-bit, BBC Micro, C64, IBM PC, MSX, PC-88, ZX Spectrum

In this screen to screen platformer you control Bruce Lee as he explores a "wizard's tower, seeking to claim infinite wealth and the secret to immortality". Crude as it may be, I can see how someone who grew up with this game could hold some fondness for it. So many modern indie games share elements of exploration similar to this. 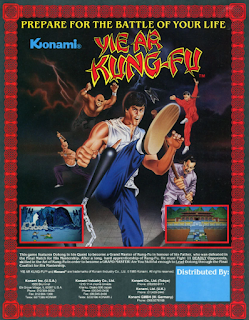 One, two, kung-fu! This proto-fighting game from Konami puts you in the role of Oolong, a kung-fu master, fighting his way through opponents to win the title of "Grand Master". 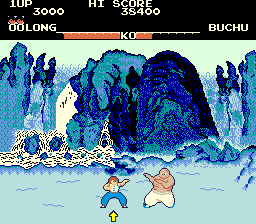 In home ports of the game, the main character's name is Lee. The final enemy you face is named "Blues", possibly a mistranslation, deliberate or accidental, of Bruce.
MSX box art for Yie Ar Kung-Fu II 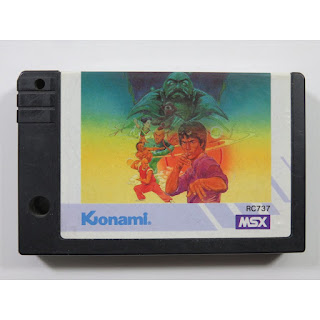 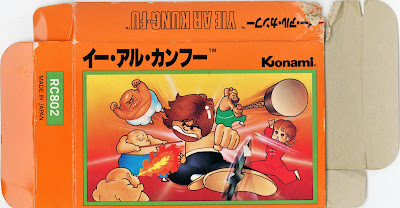 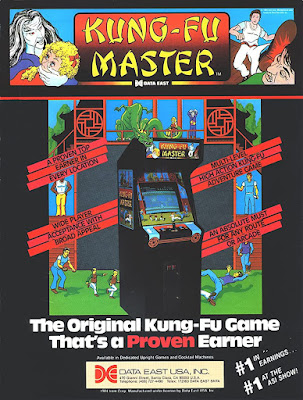 An interesting case with some fun facts for martial arts cinema fans and video game fans alike. Kung-Fu Master was developed by Irem and designed by Takashi Nishiyama, creator of Moon Patrol, and later Street Fighter for Capcom, and Fatal Fury for SNK.

"Stop eating and use both hands." Thus, the Hadouken was born.
Kung-Fu Master was conceptually based on Bruce Lee's Game of Death. Similar to the film, you would travel up levels of a tower, facing different enemies along the way. On release the game was based on one of our favorites here at Heroes Three, 1984's Wheels on Meals aka Spartan X in Japan, starring the trio, Jackie, Sammo, and Yuen Biao. You play as Thomas, making your way through a selection of enemies to save Sylvia at the top of the tower. Outside of the names there really isn't a resemblance to the food service Spanish mayhem in Wheels on Meals. The NES version was ported by Nintendo themselves and I feel that it's probably the more iconic of the many versions available. Koji Kondo, legendary composer of Super Mario and Zelda among others, handled the music for this version.
1987 - China Warrior - Hudson - TurboGrafx-16/PC-Engine 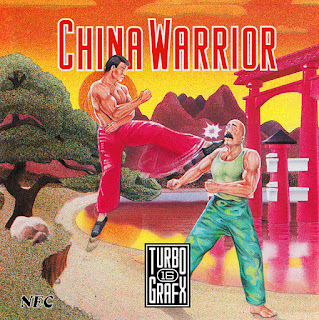 China Warrior, known in Japan as The Kung Fu follows in the footsteps of Kung-Fu, but supersizes everything. The sprites are BIG, and the environments are more varied, but in the end I feel that it loses something compared to good ol' Thomas and his power walking. Some nice tunes tho, and you get a Jackie analogue and a Beggar So in the mix. 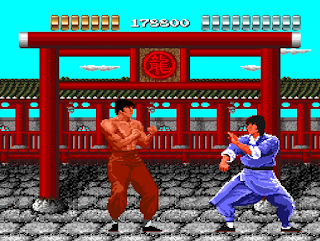 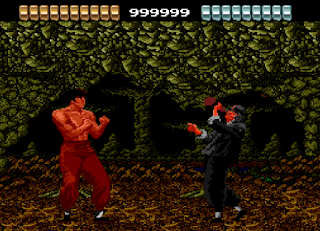 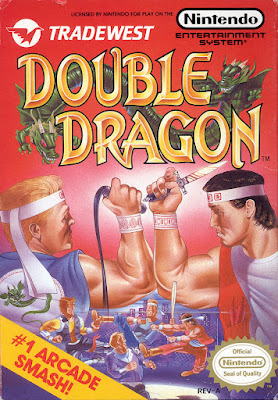 Although visually I'd say that Double Dragon is more along the lines of Fist of the North Star, it is spiritually directly inspired by Bruce Lee, and more specifically Enter the Dragon. The leads, Jimmy and Billy Lee, are named after Bruce. Not only that, members of the Black Warriors gang are also named after characters from the film. Roper, Williams, even Abobo is in reference to Bolo Yeung!
Straight from the source, Double Dragon graphic designer Koji Ogata. 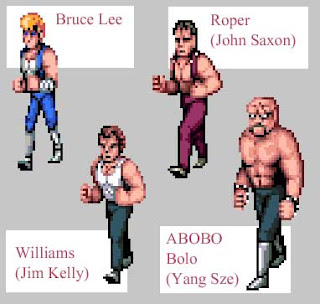 Later on in the series some games would fall under the supervision of game planner and self professed Bruce Lee fan, Muneki Ebinuma. He injected an extra amount of Bruce Lee flavor into his games. 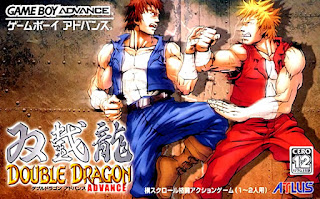 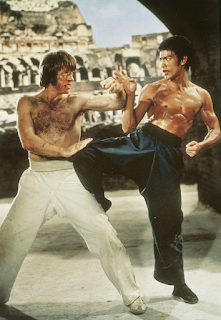 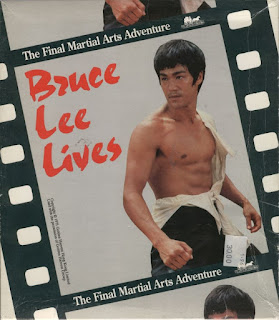 This unfortunately titled PC game puts you in the shoes of the man himself. Another single player fighting game, you are defending the Hong Kong Palace from Master Po and his thugs. This game apparently has a vicious AI that adjusts to your gameplay. When you die you get treated to a rather tasteless newspaper headline. 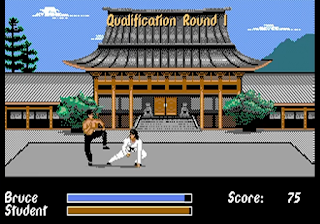 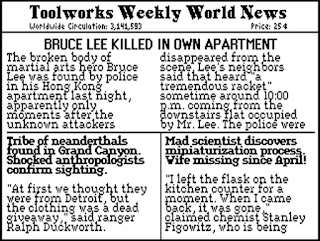 This takes us to the end of the 80's, and we're a bit long here so I'll end this post on that high note, haha.
Next blog post I will share some of my favorite fighting game tributes to Bruce Lee as we step into the 90's and beyond. Our podcast episode covers everything so if you'd like to be spoiled please enjoy it! Thank you for reading and see you again soon. 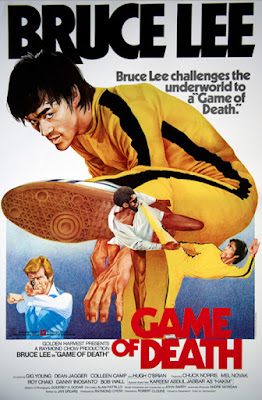